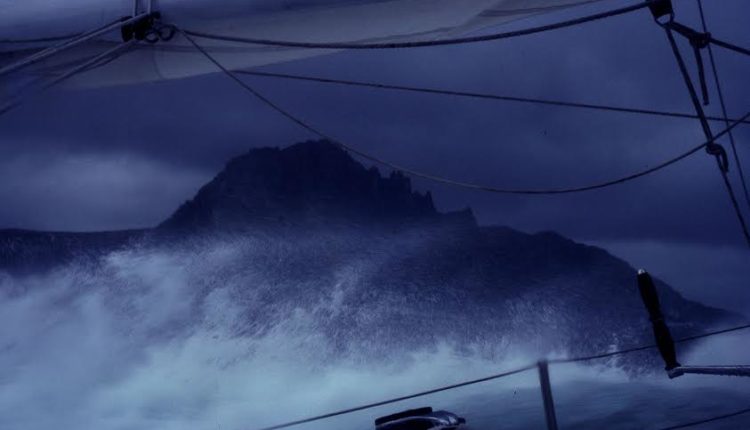 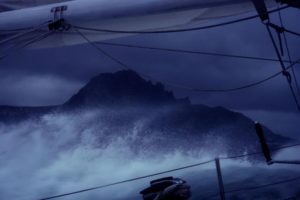 Cape Horn Capsize is Brian Hancock’s true story of his wild ride in the tempestuous seas right near Cape Horn. Capsizing three times in the frigid waters of the coast of South America. Here’s his story. 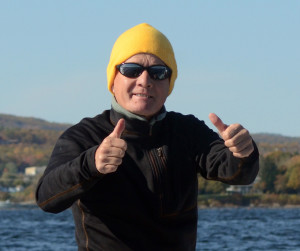 The Southern Ocean had been dishing up it’s usual dose of bad weather and we had become used to riding the wild horse down the front of steep waves. Alaska Eagle was off the pace and as a result we were having to push extremely hard just to keep up with the rest of the fleet. This day was no different except that we would reach a major milestone of the race; Cape Horn.

By early afternoon we had a small smudge of land on the horizon ahead. The wind was gusting mid-forties and the forecast was for it to build. We had three reefs in the mainsail and a yankee poled out to windward and the boat was moving well and in control. At times we were surfing into the mid-20’s, Alaska Eagle shuddering under the strain but taking the massive waves in stride. It was thrilling to see the mountains in southern Chile and craggy outline of the world’s most southern cape. From our vantage it looked a little like Honolulu’s Diamond Head, just a bit more ominous.

Despite the occasional snow squall the visibility was quite good and our navigator had us on a course that would take us within a half mile of land. “You guys are going to get a real good look at land,” he told us and he was right. We were hurtling toward the corner handing the occasional 50-knot gust as the seabirds that nested on Cape Horn wheeled around us before heading back to their perches. It was an unreal feeling to be so close to such a famous milestone in perfect Cape Horn conditions.

Before leaving New Zealand three weeks earlier we had taken on a new crew member. He was not very experienced and as a result had not taken the helm much as the Southern Ocean is no place to learn new skills, but we all wanted a photo of ourselves on the helm with Cape Horn in the background. Mark clambered behind the wheel for his photo op, looked directly at the camera, and turned the wheel the wrong way. All of a sudden we were beam on to a cresting wave and moments later flung onto our sides as the wave broke over the boat. The mast was buried in cold Southern Ocean water while we all hung at the end of our life harness tethers. I can still remember the sting of ice cold water as it seeped under my foul weather gear. 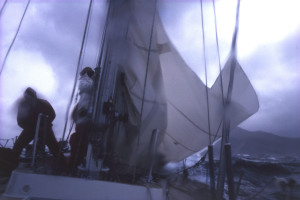 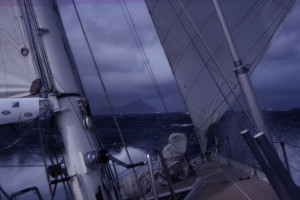 Alaska Eagle shuddered and then righted just in time to be hit by a second wave that knocked us right over again. Once more the boat righted only to be hit a third time. With each successive knockdown we were getting closer and closer to land. We had been in too close in the first place and were now in very dangerous waters. This time the boat lay on its side heaving and shuddering, then all of a sudden the headsail ripped luff to leech. The boat came upright and someone grabbed the helm throwing it over and forcing a crash gybe. The mainsail ripped, but at least we were upright and facing away from the Horn. All crew were accounted for, boat was broken but could be fixed. We were shaken, but with a Cape Horn story to tell our grandkids. When I rounded Cape Horn four years later in another Whitbread it was in flat calm conditions so I was grateful to have experienced the full fury of the world’s most legendary landfall.