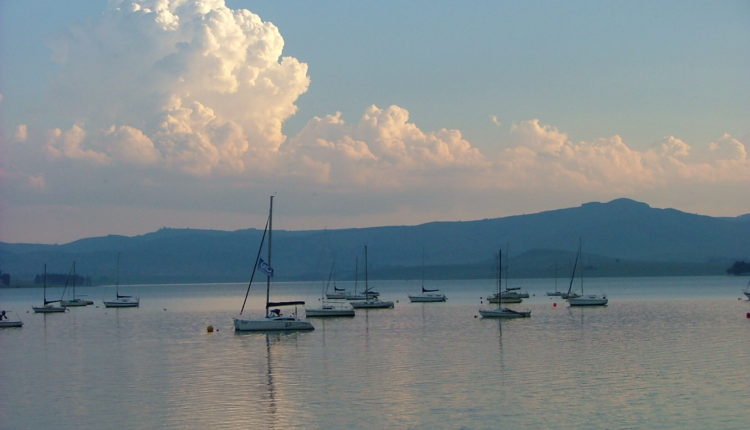 We’d like to welcome our newest guest contributor, Brian Hancock. We met Brian while doing the interviews with SpeedDream. Turns out Brian has some fun sailing stories and gladly agreed to share them here with us on Get Wet Sailing. Getting to know Brian has been such a pleasure and learning from his years of sailing wisdom has been great too.  Brian has over 45 years of sailing experience, is the Marketing Director at SpeedDream, is a published author and travels all over the world doing speaking events. To learn more about Brian, visit his website: www.BrianHancock.org ~ Terry 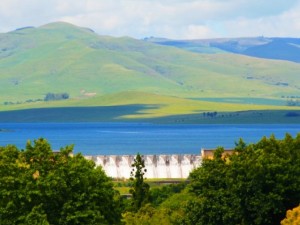 I grew up at the bottom of Africa in a small town with a big name. The town was called Pietermaritzburg; you have probably never heard of it. Likewise you have probably never heard of the small muddy puddle of water just outside the town where I learned to sail. The name of this shallow and sometimes chilly place when the snow runoff from the mountains raised the water level enough so that your mast didn’t get stuck in the mud when you capsized, was called Midmar Dam. Yes indeed it was a tiny dam nestled in the foothills of the Drakensberg Mountains, but it produced some world class sailors. I do not count myself as world class, we actually had some bonefide world champions that sailed out of our yacht club, but of those of my generation I have probably logged more offshore miles than the rest of the club members combined. At last count it was close to 300,000. It was from that small, inauspicious dam that my sailing career was launched and what a charmed ride it’s been.

We sailed a dinghy called a Sprog. It was a two person boat that was best sailed with an adult skipper and a kid as crew. My dad learned how to sail from a book entitled “How to Sail.” He bought a boat and with book in hand, and with the help of his friend Gordon, he set off across Durban harbor. He had only read as far as how to rig the boat; the critical part, how to tack, was still a few chapters hence and so it was halfway across the harbor when my Dad first realized he was in trouble. Neither he nor Gordon had a clue how to turn the boat around and as they fumbled around they realized that they were rapidly closing in on a whole lot of men fishing from the wharf on the far side of the harbor. Moments later they were tangled in the lines of a bunch of very annoyed fishermen. Dad dispatched Gordon to run back to the yacht club to get some help and dutifully Gordon took off in his shorts and bare feet. It was a full three miles around the bay back to where they had started from. Meanwhile the angry fishermen disentangled Dad and his boat, turned him around, and shoved him off. It was his first solo sail and twenty minutes later he arrived back at the club just in time to see Gordon show up with bloody feet and threat of never setting foot on a sailboat again. 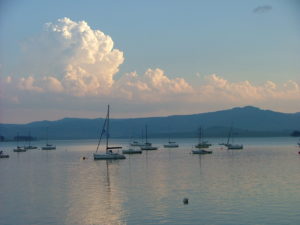 Luckily my Dad was hooked and after reading the chapter on how to tack he set off again. Years later he would become one of the best sailors in our club and along the way, in succession, he taught my brothers and I how to sail. Every weekend we would pack a picnic lunch and head for the dam. I longed for the weekends. Sailing gave me a freedom that small boys never really enjoyed in a world full of adults. As soon as I cast off from the beach there would be the familiar slap, slap of the water on the hull. It was a rhythm that resonated with my soul. Once free of land I was on my own to make my own mistakes and to enjoy the warm African sun and gentle breezes that were a part of a typical summer weekend.

When I was 15 I went to see the movie Dove. It was about Robin Lee Graham, the Californian kid who at 16 set sail to become the youngest person ever to circumnavigate the world alone. Of course the actress playing Robin’s girlfriend was a real stunner and I knew in that moment my life would never be the same. When I got back home I wrote on a piece of paper; “One day I am going to sail around the world and meet a beautiful girl and fall in love.” I folded the paper carefully and taped it closed so that no one could see what I had written. Long after my first circumnavigation I still had that piece of paper with me. Indeed I fell in love with many beautiful girls, some I even married, but long lasting love can be an elusive thing. One thing that has never changed, however, is my love of sailing.

Looking back at the small dam from the vantage of more than 45 years and with few circumnavigations under my belt I can see just how those times setting off alone in a small dinghy to feel the slap slap of water on the hull shaped me into the man I am today. I was given a gift and have used it fully.

How To Put Christmas Lights on Your Hobie Cat