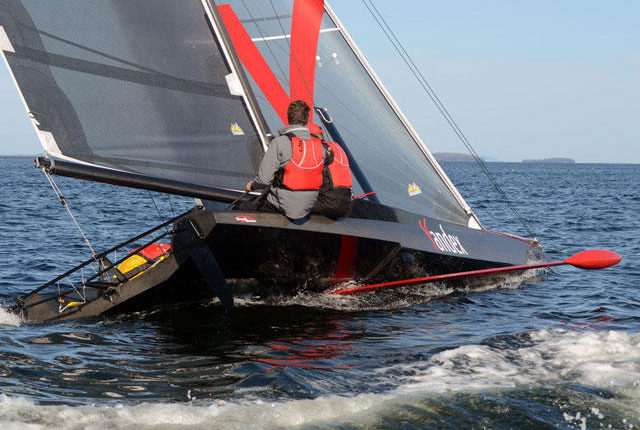 SpeedDream: A Quest To Build The World’s Fastest Boat 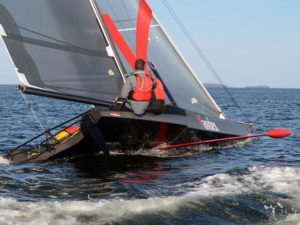 The Company, is SpeedDream. Their quest, to build the world’s fastest boat. I had a chance to chat with SpeedDream’s Creative Director Brian Hancock. After fifteen minutes of talking about the America’s Cup, sailing back East and telling me what SpeedDream was all about, I wanted to share what I learned with all of our readers. Here’s a brief Introduction about SpeedDream.

Founded by lifelong sailors Vlad Murnikov and Brian Hancock. Russian born Murnikov wanted to build a sailboat before anyone else in Russia really knew what the sport. It was from that first boat that the vision for SpeedDream was born.

To create the fastest ocean-going sailing monohull, capable of reaching 50+ knots and sailing across Atlantic and around the world in record time.

What Makes These Boats Unique:

Some of the innovations we see from SpeedDream are the Flying Keel and a Stepped Hull. 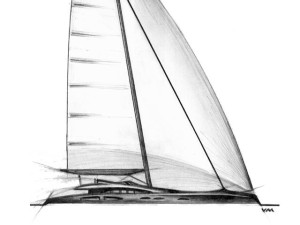 Here is Some footage of some professional Sailing, including Robert Capita, do a test run in Newport, RI this summer.

This is just an introduction to SpeedDream, but in the next couple months we’ll be posting more of what they’re up to and how they intend to accomplish their goal of being the world’s fastest boat.