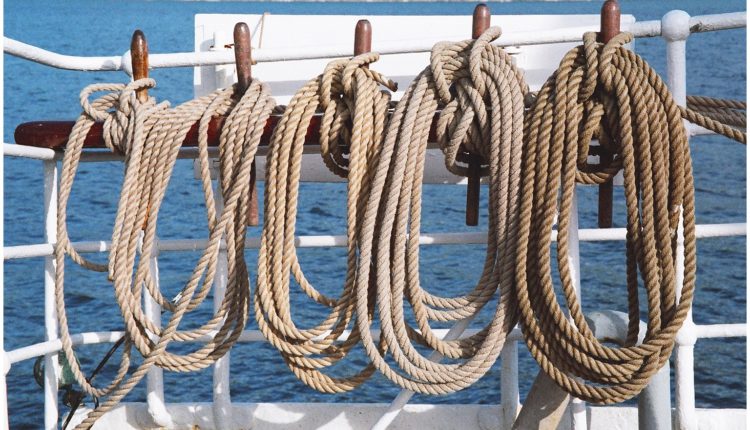 Ever wonder where sailing terms like starboard come from? Yeah me too. We were out on a sailing excursion the other day and that very question came up. We had a good idea of where we thought they originated, but decided to do a little research so now you two can know the history behind these sailing terms. After reading this article, you can now go on your next sailing trip and be the smart one on the boat! Haha- well at least you can know where a few basic terms come from. 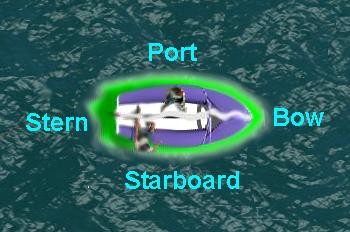 Starboard (pronounced “Star-bird”) meaning the right side of the ship. Is actually an Old English Term, derived from steorbord, literally meaning the side on which the ship is steered. Going even deeper the Old English term comes from Old Norse words stýri meaning “rudder” (from the verb stýra, literally “being at the helm”, “having a hand in”) and borð meaning etymologically “board”, then the “side of a ship”.

Here’s how it came about. Before there were centerboard and tillers on the ship, sailors used a specialized steering oar located at the back of the ship, or the stern. Just like it is now, back then, there were more right-handed sailors than there were lefties. So the Steering oar was on the right in the back. Or in other words, the right side of the ship. Just like the term, “main sail” is pronounced “main-sil” the same happens with “starboard” pronounced like “star-bird”. It’s just too hard to yell out across the ship, so the ancient sailor slurred it, and it stuck.

Port (Pronounced “port”)- meaning the left side of the ship. Port has an interesting history. Back in the 16th century, the left side of the ship was called, larboard, which itself derives again from Middle-English. Although, an exact definition of larboard evades us, it was an off shoot of starboard. But when the sailors called from the back of the boat to the front, both terms sounded too much the same and created confusion on the ship. So Port was used to replace it. Port is derived from the practice of sailors mooring ships on the left side at ports in order to prevent the steering oar from being crushed.

Which Color is Which?

Now that you a have your terms down, let’s figure out which color belongs to each side.

Here are some tricks that will help you remember which color is which.

Hopefully, by now you are feeling a little more confident on which side is which. And if you’re going sailing for the first time this weekend, study this and everyone on the boat will be impressed with how much you know for a “first-timer”!

The Even Keel Project

The Meaning Behind Nautical Flags