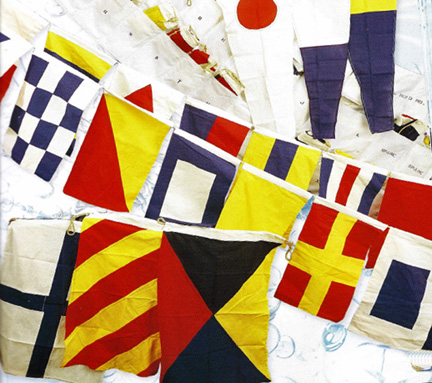 The Meaning Behind Nautical Flags

We’ve all seen nautical flags before, geometric patterns in red, yellow, blue, white and black in an assortment of shapes and patterns. Honestly, they look pretty cool, but who really knows the meaning behind nautical flags? We’re about to dive in and find out.

A Bit of History

It was in 1857 that the International Code of Signals was officially published by the British Board of Trade. The purpose of the code was to establish a set of rules for maritime communication that everyone would understand. Originally the code included 18 signal flags that could be combined to signal about 17,000 various messages.

Since then a few more flags have been added to accommodate French, Spanish, Russian and Greek languages.  Today, this flag system of communication also is used to dress ships to more festive occasions and certain ceremonies. 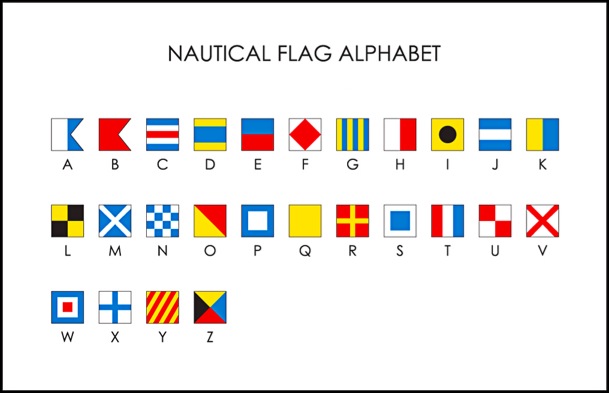 So if we were going to make a flag for Get Wet Sailing, it would look like this:

Next we learn that some of these flags are their own have more meaning than just one letter. This is mainly for large yachts and cargo ships that have each flag on hand and can signal to anyone if they are in need of something. Of course, you can do this on a smaller boat, you might not have the room to store all of them on the boat. 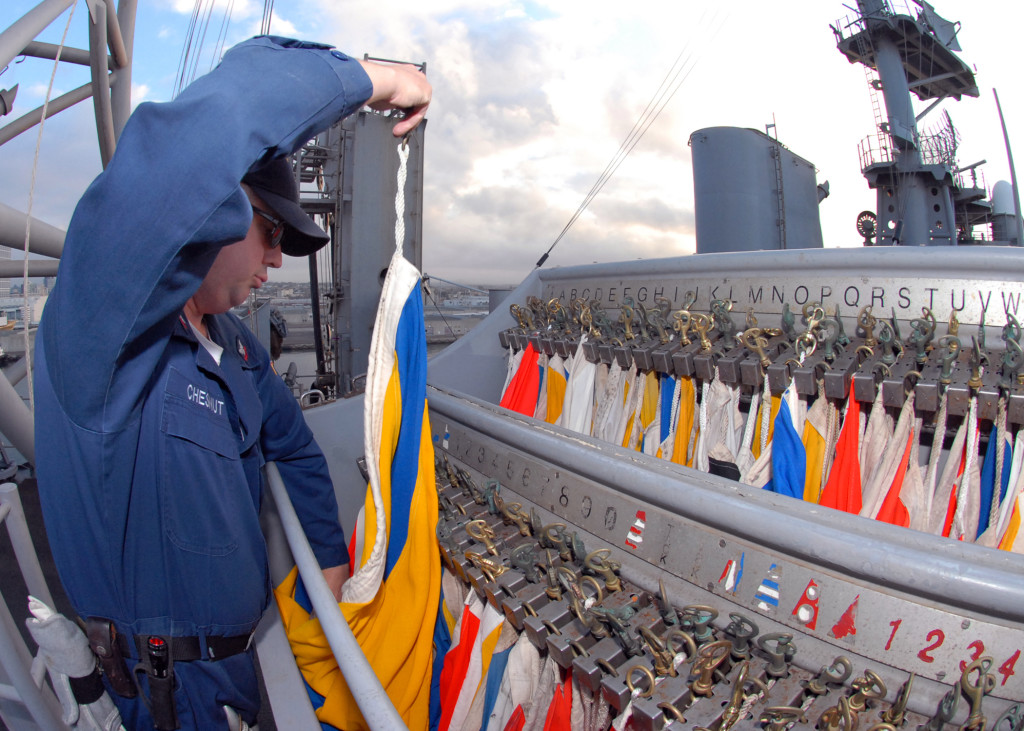 Two-flag signals and fairly common and here are some examples:

AN – I need a doctor

PP – Keep clear of me

Our next graphic is the one we all get excited about. The racing flags. If you are in a traditional regatta, these flags should be displayed to signal the beginning, postponing and abandonment signals to the other boats and the officiators. 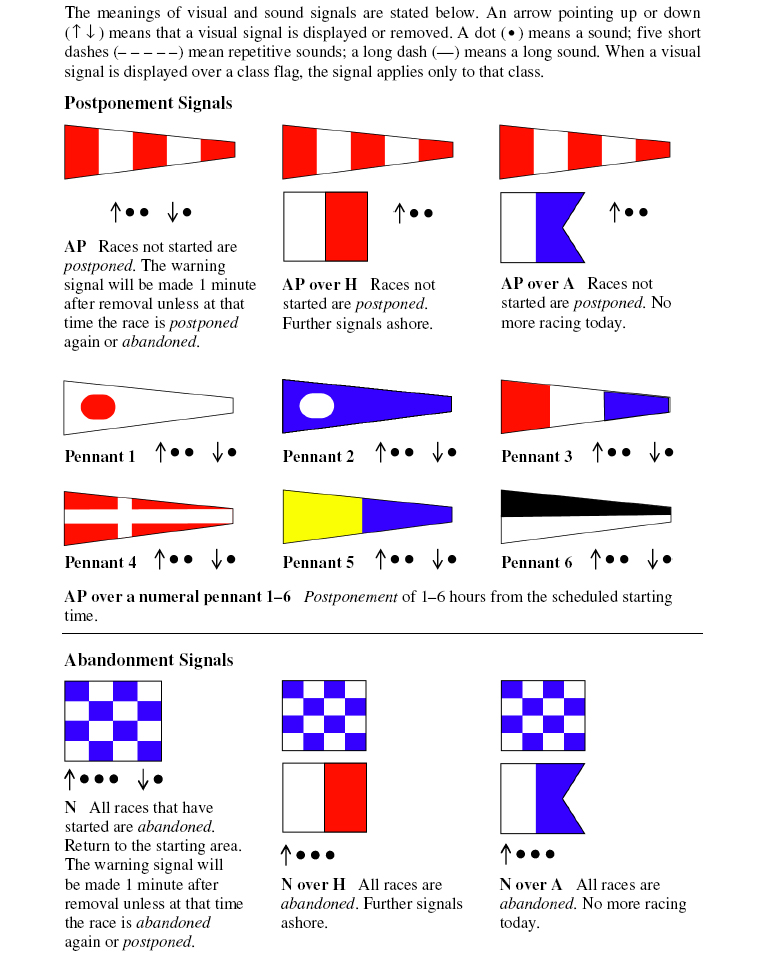 And there you have it. Everything you wanted to know about nautical flags and their meanings. This is just a basic tutorial, if you’d like to learn more here are some websites we found helpful.

Sunset Cruising on the Catalina

Sailing, Who Has The Right Of Way?