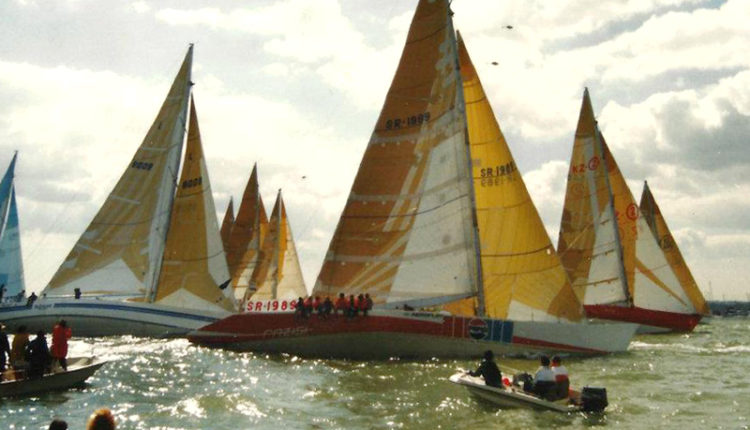 For more from Brian visit his site BrianHancock.org

It’s been two and a half decades since a strange looking aluminum hull was loaded in the front end of a Russian Antonov plane bound the England and beyond. Draped across its bow was one of those ultimate symbols of western freedom, a banner bearing the Pepsi logo. Also in the plane were an unlikely bunch of Soviet citizens. Few, if any of them, had ever been out from behind what was then referred to as the Iron Curtain. It was unusual cargo on an unusual mission, but cargo that in it’s own way changed not only sailing, but world politics as well.

The boat was Pepsi Fazisi, later to become just Fazisi when Pepsi, feeling some heat for sponsoring a “communist” project, withdrew their support. When the plane landed in England the Pepsi banner was there for all the world to see and it was seen by many as the Soviet Whitbread entry was one of the most unusual and most interesting boats that had ever entered the race. It was unusual in part because of where the project originated, but also unusual from the standpoint of yacht design. This was no ordinary maxi-boat. This was a boat designed under the same rule as the other entries, but one that took an entirely different approach to the rule and came out looking completely different from all the other boats in the race.

The project was originated by Vlad Murnikov, a house architect who had dabbled some in yacht design. Vlad had in fact designed and built his first boat in his apartment on the second floor of the building where he lived in Moscow. The tricky part was that the boat was 25 feet long and his apartment only 20 feet, but it was an indication that nothing was impossible for a man who dreamed impossible dreams. The idea of a Soviet entry in the world’s most prestigious offshore yacht race would have seemed a ludicrous idea at the time, but with persistence and a never-quit attitude Vlad and his team were not only able to build the boat and enter the Whitbread, they also finished the race in a very respectable ninth place.

For many in the west, myself included, it was the first time we had ever set eyes on a Russian person. For decades prior we had been fed a solid diet of anti-Soviet propaganda to the point where we started to think that they were not human in the way that we were. We imagined horns and pointed ears, not good looking, solidly built people who laughed at the same things we did and cared for their friends and family just the same as the rest of the world did. This simple person-to-person interaction went a long way toward breaking down barriers and later toward bringing down walls that had for too long separated the west from the east. When Fazisi set off on its voyage around the world the Hammer and Sickle flapped proudly off the stern of the boat. When the crew returned nine months later the Soviet Union had collapsed and the world was a very different place.

I joined the boat on the eve of the start in Southampton. I hadn’t planned on it but being a freewheeling sprit and one in need of some quick cash I answered the call when my friend Skip Novak rang and asked me to join him for the first leg to Uruguay. Skip had talked his way into the skippers position on Fazisi and he and I were old sailing mates with many blue water miles under a common keel. When I first saw the boat I was struck by how completely different it looked. It was tiny by comparison, had a low-slung freeboard, a rakish bow, was very narrow and sported a mast that was barely as high as the mizzen masts on some of the other boats. One would never have guessed that it had been designed under the same rule as the other entries. The overall winner, the massive Bruce Farr designed ketch Steinlanger, was at the opposite end of the design spectrum. Farr had piled as much power, in the form of sail area, onto a hull restricted in length by the rule, as he could. He was also the number one yacht designer in the world at the time and so Vlad’s Soviet design was viewed with a slightly jaundiced eye and a few murmured jokes.

The day of the start taught me a lesson I will never forget. We had an inexperienced crew sailing a boat that had barely been sailed before. A few days earlier the spare keel from another boat was bolted to Fazisi in order to get the boat to rate where it needed to for the race. Fazisi, having been built by the crew, few of whom were boat builders, was overweight and by all measures we should have been quickly left in the wake of the other boats. This was not the case as we hurtled out the Solent cutting effortlessly through spectator chop keeping up with and indeed passing some of the other boats sailed by experienced crews and sporting sponsor livery that suggested no lack of funding. The lesson for me was clear; you don’t always have to follow the lead of others. Sometimes it’s better to chart your own path through life. I also learned that there are many different ways to approach the same idea and just because something has been done a certain way for decades does not mean that there is no room for improvement.

Vlad, without the benefit of years in the west and being able to watch the development of boats designed under the IOR rule, instead studied the rule and, with a clear head, put his own translation on it. The result was a very light, easily driven, narrow hull that relied on efficiency rather than raw power for speed. Granted the boat was wet and the living conditions below more cramped than on the other boats, but we were there to race not cruise and I, for one, was happy to give up some comforts in return for boat speed.

For the nine months it took to sail around the world, Fazisi was plagued by financial pressure, political pressure and a death among the crew, but despite it all the boat and the crew won the hearts of people everywhere, not just sailors. There was something very special about the whole project. The brashness with which they showed up in England unashamed by their own political history and with a boat that was the butt of more than a few jokes, was an inspiration. ‘If these blokes can get that boat around the world then anything is possible’ is how many onlookers felt. The Soviets were dogged in their determination to get the job done and in some respects their naivety paid off. I remember a conversation I had with one of the crew as we were about to hoist a spinnaker in a building breeze. “Be very careful when tailing the halyard,” I warned. “If that spinnaker fills early we can all get hurt.” The guy looked at me with a deadpan expression and said. “We don’t know enough yet to be scared. It’s a good feeling sometimes.” Perhaps its because we have been wounded in the past that we fail to take chances for the future. 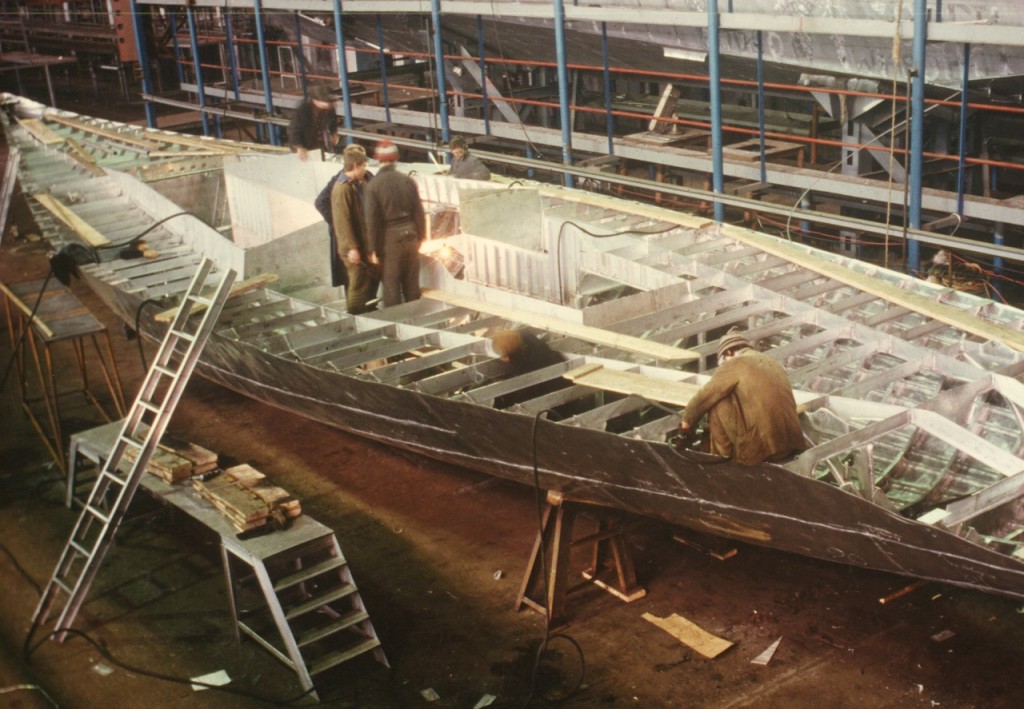 Twenty-five years after Fazisi was launched much of sailboat design continues to follow a narrow path. Designers copy other designers and they in turn are copied until all the boats seem to sail alike and look alike. Sure there are rules in place that dictate things, but there are very few designers who are fueled enough by their own conviction to break the rules and take chances. Vlad Murnikov is not afraid. He was not afraid when designing Fazisi and his latest designs, SpeedDream and mxNext, show a boldness in styling and innovation that sets them apart from all other boats out there. Perhaps Vlad is like the crewman on Fazisi and he doesn’t know enough yet to be scared, but I don’t think so. As Fazisi proved back then and SpeedDream proves today, taking risks and pushing boundaries are what’s needed to constantly improve sailing for everyone.