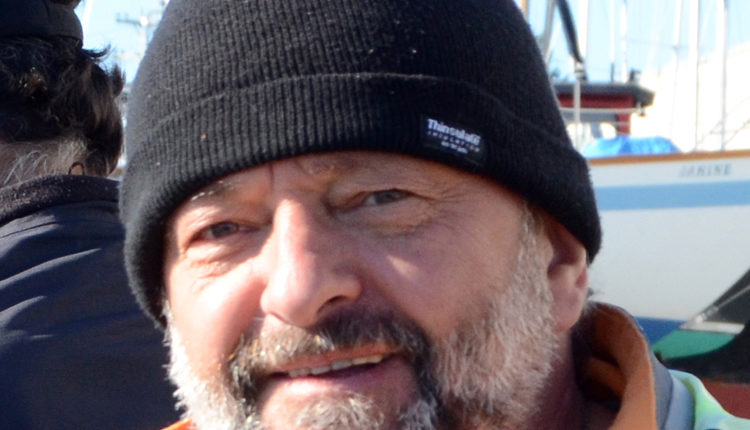 “I am an architect by trade for housing. If you can design one thing, you can design something else as well. So I started designing boats. I wanted to change things and push the envelope.” 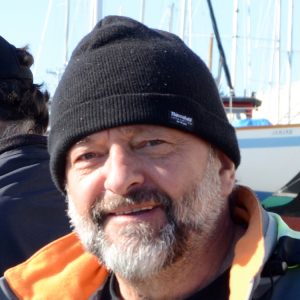 Terry: So Tell me about yourself, how did you get into sailing?

Vlad: I am originally from Ukraine, and I grew up near a huge lake, 100 miles long and 15 miles wide, but there were barely six sail boats in the local yacht club.  When I moved to Moscow, I had more opportunities to sail there.

I am an architect by trade – to design buildings. If you can design one thing, you can design something else as well. And as I loved sailing, I started designing boats and building boats. My first boat was built in my Moscow apartment. The boat was 25 feet long and my apartment was only 20 feet so this presented a problem. The whole neighborhood gathered around as I lowered it out of my 2nd story window. I had to partially disassemble it to get it out and re-assemble it to go sailing. Eventually more designs followed.

As Perestroika started in Russia I decided to take the opportunity to do something that had never done in my former homeland – to enter the Whitbread Round the World Race – now known as Volvo Ocean race. We had never even seen the ocean before, let alone to sail across one… And we decided to design a boat to conquer the oceans… I would say it was quite a task! But n fact, our boat turned out to be very fast, especially in heavy weather. We finished 11 out of 23, and we did it on a tiny budget, compared to our competitors, some of them spending up to $10 million dollars.

It was a huge win for us and we were really excited about it, and eventually it propelled me to go further with more designs. I wanted to build even faster and better boats.

Terry: I happen to be an architect also and I love sailing. So I understand the need for creative design. Tell me about this idea for the SpeedDream project.

Vlad: I like fast boats. Any kind of fast boats. Boats that perform better than others. By reducing drag and making boats long and narrow with a smaller surface area, they can go faster. By observing how sailboats behaved I came up with the radical idea to improve a boat’s performance. I wanted to change things and push the envelope. Traditional monohulls don’t have much speed. Most are developed with handicap rules in place and aren’t designed to go fast – they are designed to beat the rule instead. I started with a clean slate, explored some pretty cool ideas, and came up with a design of how the boat should be in my view.  With SpeedDream I wanted something radically new and I think that’s what we have. At least the prototype has proven so.

Terry: I think it’s quite amazing that so much technology has been produced in sailing in the last 10 years.

Vlad: Yes, it’s really interesting that the progress over the last 10 years has been more dramatic perhaps than in the past couple of centuries – with the Moth flyer, foiling America’s Cup catamarans – and monohulls with flying keels, like our SpeedDream. But even with these leaps in technology many designers are still designing and building old fashioned and much slower boats – and I understand that. In our sport there is enough room for tradition and innovation. Variety is great!

Below is the latest video of SpeedDream in Eurpoe This Summer.