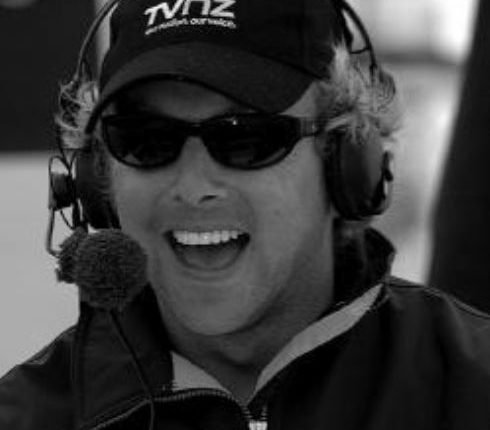 Part II. Of Our Conversation with Andy Green, Pro Sailor, on the America’s Cup.

We caught up with him at the beginning of the Luis Vuitton Cup for the Challenger’s Race. Here’s what he said.

T: So tell me about San Fransisco.

A: It’s still much the early stages at the moment. I went out on the water today. We got close to Oracle and Luna Rossa by foiling. It was quite remarkable. The boats are very impressive and graceful as the go up on foils.

T: Tell me about foiling, and what’s going on with that.

A: The boats are foiling now. The rule was written initially to prevent from foiling, but the designers have found their way around that. They are still ironing out a few the regulations and rules, with that.

A: It’s amazing to be on these boats.

T: I understand that Luna Rossa didn’t race on Sunday?

A: The jury are meeting and hoping to have a decision by Wednesday. It’s about how much adjustment there is in the rudders. It’s a safety issue to have more control over the foils. Regardless, two of the boats have found a safer way to foil.

T: How do you feel about them racing catamarans compared to the old style mono hulls?

A: The whole sailing experience is being aimed more toward the fans. More people want to see the Volvo Ocean race, and it’s a good business model so you can charge entry fees, and gives people some value to what they are buying.

A: The America’s Cup is about having the best design and the best sailors and sometimes the best lawyers.

T: Do you have any advice for the America’s Cup Sailors?

A: Something of interest: I spoke with a couple of designers of Artemis, Tom Schnackberg and Derek Kramis who have been involved in the America’s Cup since 1977. They were talking about how the design of these boats with winged sails and foiling boats might have some trickle down effect in design with the rest of the sailing industry. The wings are hard to trickle down. They are looking some radical design concepts with solid hoisted sails or some that are inflated, and how they might be safer and save money but will still be practical for the average sailor. Following the same method as carbon fiber and PBO rigging, fiber glass. While it’s happening right now we’re on the verge of seeing new inventions come about. No one is sure how it can be applied conveniently to the consumer.

T: Thanks Andy, this is exciting for us!

A: Thanks and Cheers.

To Listen To The Entire Interview Click Here to Listen to It on iTunes.

Part I of Andy’s Interview

My Hobie Way of Life Part I