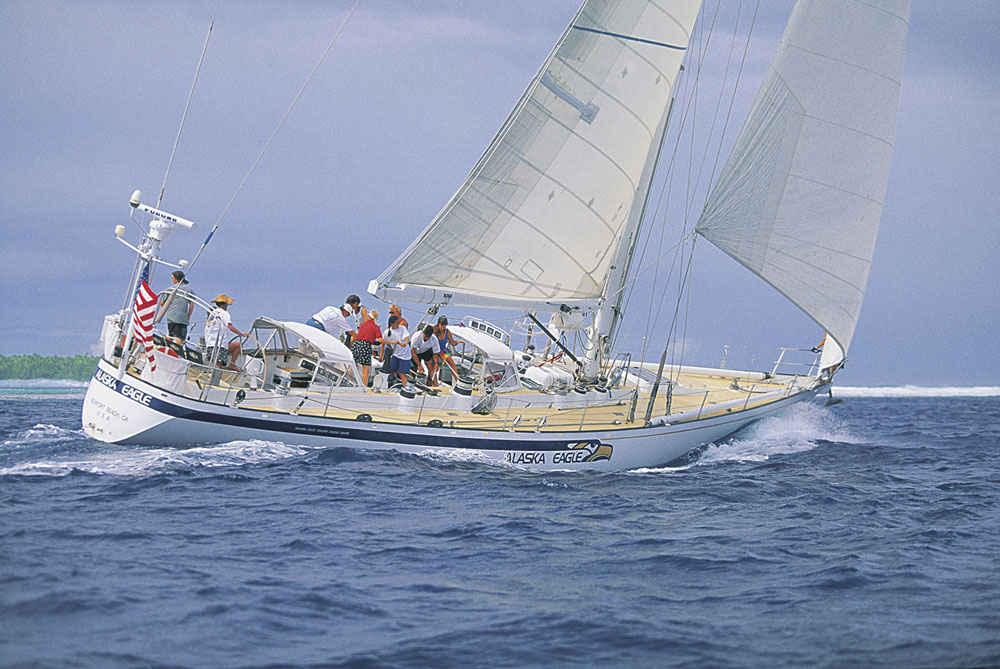 How things have changed

I watched the start of the Volvo Ocean Race – on my phone – broadcast live from Alicante, Spain and thought to myself “how things have changed.” I have some perspective on this having sailed my first Volvo (then called the Whitbread Round the World Race) over three decades ago. I was on an American boat called Alaska Eagle, a sturdy aluminum sloop that sported Dacron sails with hanked on headsails. We shared cabins, yes cabins, and enjoyed wine with dinner each night. It didn’t have to be a special occasion for someone to open a bottle of port and for the crew to sit around at watch change and polish it off. On Sundays the cook chucked a roast in the oven and Sunday lunch was a special occasion that usually ended with an obligatory cigar. Yes things have certainly changed. 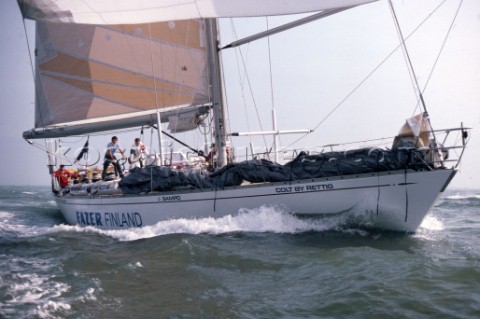 I watched the start of the Volvo Ocean Race and saw the tens of thousands of people there in Alicante to cheer the sailors on as the made their way toward their boats on race day. The crews were in matching uniforms in sponsor colors. They were young, tanned, healthy and ready for an adventure and I remembered back to the morning of my first race around the world. I had been given a T-shirt that had the race logo on the front and a map of the course on the back, and had draped it over a chair next to my bed. During a restless night I would wake up and look over at the map and marvel at just how lucky I was to be going off on such an adventure. Four legs, 27,000 nautical miles, most of it into the unknown.

The morning of the start my friend Skip Novak, also the skipper, and myself enjoyed a champagne breakfast with good friends before making our way down to the boat. There were no crowds, just other sailors packing gear and climbing on board to go sailing. It was just like any other day. No rousing music as we left the dock, no TV cameramen, and no last minute interviews, in fact there were no uniforms, no sponsor flags, just us and some sad goodbye’s. We would leave the dock, make our way to the start line and head for Cape Town over 7,000 miles away.

We were required by race regulations to make contact with race HQ at least once a week. This was done over single-sideband radio patched through to Portishead Radio in the UK. It was amazing technology. Here we were a thousand miles from land able to make contact with those on shore. There were some buttons to twirl that got rid of the static, and after waiting in line behind others all patching their calls through, we were finally able to make ours.  We would give our position, the positions of the other boats if we had them, a general update of the status on board and then sign off for another week.

Alongside the single-sideband was a new gadget called a GPS. Every now and then it would beep indicating that it had picked up a satellite signal and was computing our position. It was so new that we never really trusted it and Skip would come on deck with his sextant and shoot the sun. He would yell “mark” as the angle of the sun was brought down to the horizon and someone in the companionway would yell “mark” to the navigator who would note the time from the clock that had been calibrated listening the BBC World News.  Seven beeps proceeded the news, the last one a long one marking the exact second at the top of the hour. After time though, when the GPS proved to be as accurate as the sextant, Skip took fewer sun sights and a part of how-it-was-done-back-then slipped away.

There was no website for people to follow, no texts, no tweets, no Facebook updates and definitely no video to stream back from the boats. There was just us, the endless ocean, wildlife aplenty and a routine of a watch system that slowly ticked our way to Cape Town. As I watched the start of the Volvo Ocean Race on my iPhone I was getting live video from a chopper in the sky, cameramen on the water and onboard reporters capturing the action from onboard the boats. Boat speed, wind speed, wind direction – it was all coming in in real time immersing me in the experience and excitement – and it was exciting. The new Volvo 65’s are magnificent boats and the racing so close you could spit on each other. Long gone are the cabins, the wine, the roast in the oven. Below on a VO65 it’s spartan, just racks of pipe cots, containers of freeze fried food, a nav station worthy of a jet plane and technical clothing all logo’d up to remind the crew who pays the bills.
The early races, and the one just begun, could not have been more different, but in many ways, in fact the most important ways, they are the same. It’s a raw adventure. Yes we are tracking their every move in real time and watching the onboard trials and tribulations posted to Facebook, but for the sailors, men and women alike, it’s a personal journey into the unknown. Even for those who have done the race before, each new days in an unknown. The ocean, the weather and the boats are a vast tapestry interwoven and constantly changing. I envied those sailors as they left Spain bound for Cape Town, but was secretly happy to be home in my living room where it was warm, stable, dry and the only big item on my agenda was to get the grass mowed. I have done the race, a few times, and have the T-shirts to prove it.

More articles on Get Wet Sailing by Brian

Circumnavigating the World from Midmar Dam

How I Joined the Speed Dream

SpeedDream: A Quest to Build The World’s Fastest Boat

The Making of the Alex Thomson Mast Walk