What It’s Like To Race In The Baja Ha-Ha Pt. I

When you race as many miles as I do in a year, sometimes it’s hard to take in the sights, between little sleep, food that is designed around weight savings and survival, and the quest for maximum speed 24 hours a day. Sometimes you forget to just plain look around. I have raced to Cabo, raced past Cabo and even cruised to Cabo but have never before stopped anywhere in between San Diego and Cabo.

In 2013, I made it a goal to participate in the 2013 Baja Ha-Ha. It is a cruising rally to Cabo San Lucas lead by the magazine Latitude 38 and Rich, the fearless leader, better known as the “Grand Poobah”. Rich and his crew have been taking cruisers to Mexico for 20 years. Currently, and for the last 17 years, he and Dona have been sailing “Profligate”, an offshore ready 63′ Catamaran.

The rally started as a way for cruising boats to participate in racing to Cabo without having to take it as serious as the typical racers. Times are taken and recorded. If you motored, the Grand Poobah uses his special formula to calculate your handicap. It originally started a week before the Fall race to Cabo so the boats would all arrive at the same time. As the years went along, fewer boats raced to Cabo and more and more boats cruised. The race has struggled over the years to get enough participants to hold the event, missing several years including 2012 and 2013. Meanwhile in 2012 and 2013, over 150 boats registered for the Baja Ha-Ha. Some years there have been over 200 boats. In the 20 years of this event, Rich and the Latitude 38 crew have brought over 10,000 people cruising into Mexican waters. 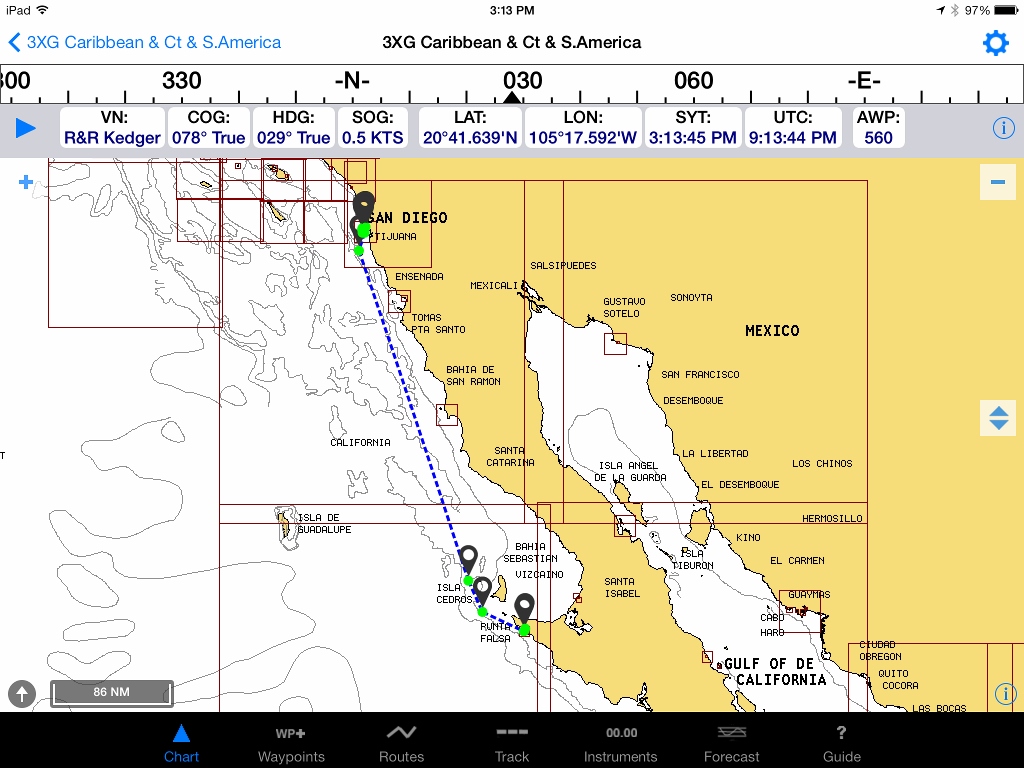 When customers of mine at Ullman Sails were preparing their boat for cruising the world, they mentioned that they were going to start their trip by doing the Baja Ha-Ha. I let them know that if they wanted help during the Baja Ha-Ha that I would love to join them. With my extensive offshore experience they were happy to have me and asked if my wife, Sandy, would like to come as well. Since Sandy has done 4 transpacific races, and we had raced to Puerto Vallarta together in the past she was a great fit.

The organization and information that is supplied during the Baja Ha-Ha is amazing. With such a diverse group of people heading off to go cruising the resources are abundant. Each morning starts with a roll call where the Grand Poobah calls each boat and records their position. When someone is out of range other cruisers relay the positions. After roll call there is a time where other Baja Ha-Ha entrants call in with troubles or news. People in the fleet that have spare parts or other remedies get together on other channels and get it worked out. The system works great under the leadership of the Latitude 38 crew and the Grand Poobah.

As you approach each stop the Grand Poobah gives a brief about the best anchorages, local traditions, possible issues with the local area, how to get fuel and supplies. The role calls and radio net continue while in port so that everyone is accounted for as well as all boat issues handled. Dr. Electron helped  people with electrical issues and I helped people with sail repairs.