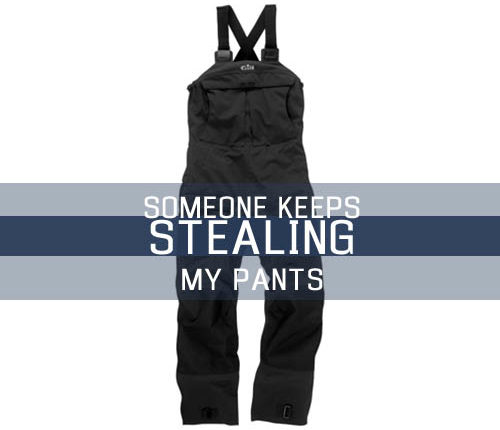 SOMEONE KEEPS STEALING MY PANTS! 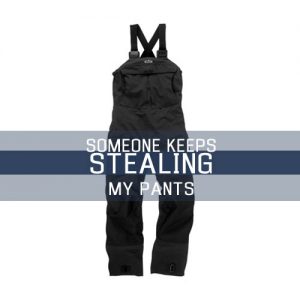 I am a convert to the Gill Women’s Os1 Trousers

and in the past 3 years I have lost two pairs and it looks like I am going to have to buy another pair.  It isn’t like I left them on a train and since they are CLEARLY fit for women it is not the guys who are picking them up so it must be the women.  The bad and good news is that at Oakcliff there are almost as many women as men sailing and training so that doesn’t narrow the field down much.    These are the pants that were so comfortable that I wore them to sleep in down below AFTER we finished the Halifax race and as someone who was walking behind me said – boy you can definitely tell you are a woman in those pants.

On to a few other strange tips.  I like to sail in my pajamas.  I have found that a pair of Old Navy fleece pajamas that my friend Renee gave me are VERY comfortable.  Again they are cut for women and well they are just ‘cozy’.  Working down in the layers I have just discovered Uniqlo and their long underwear is inexpensive and stylish and warm.  That is one thing that I learned from Gill, long underwear doesn’t and isn’t designed to last for ever so buy a few pair, use them up and then recycle them into the rag bag.
Back to the style thing – Last Saturday we had a grade 5 match race with eight teams. It was the final match race of 2013 and the talent competing at this regional event was at a level that simply would not have been possible in the beginning of the year.  Match racing is an incredibly aggressive genre in sailing and it is also one of the fastest ways to step up your game.  Anyway the sailors were very active but I was coaching and umpiring and not so active.  I was dressed nice and warm down to my Gill leather boots.  When we got to shore after dark I had an event to go to and just stripped down to my black long underwear with the yoga pant style waist and a v-neck top, threw on a long swing sweater and voila headed to the party.
Who would have though I had such an opinion on sailing clothing…. now WHERE ARE MY PANTS!?