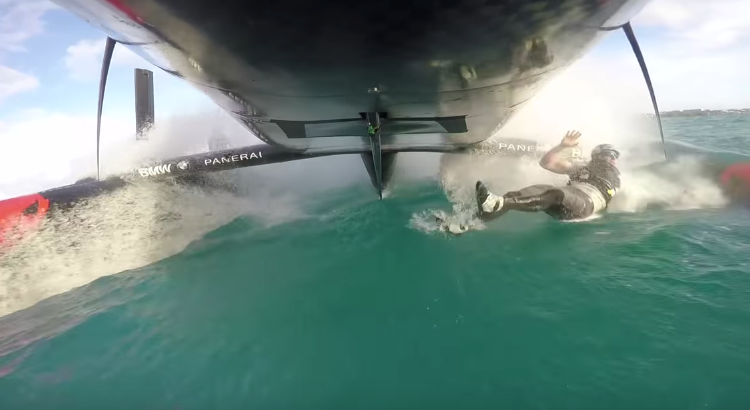 Video Of the Week

Our video of the week is a doosy this week. Man Overboard was posted by Oracle last week featuring Graeme Spence taking a dive off the bow of their racing sailboat and pushed under as it flies over the top of him. Thankfully, he pops up on the other end alive and well. Man overboard is no laughing matter when these sailboats are hitting speeds of 46 knots (52.9 mph) in 16 knots of wind. It could be compared jumping out of car on the highway at those speeds. We want to know, have you ever been thrown overboard while sailing? What happened? There have been times we have capsized and worried about getting tangled in the lines on the way into the water. Watch the video below and let us know your story.

The Best Safety Equipment For Your Sailboat