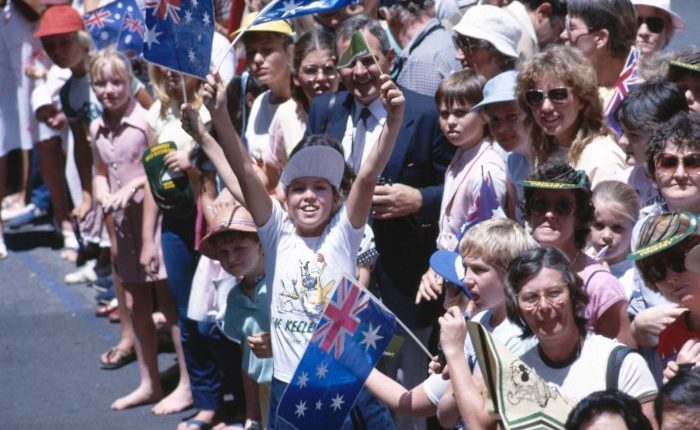 Andy Green and the Future of the America’s Cup

Terry: What about the future of the America’s cup? I know that San Francisco greatly benefited financially from this event. I imagine that they will be very keen on keeping the “Cup” there. I also imagine that because they were able to have this be a more spectator event that this race where ever it is held in the future will have to be more spectator involved. The money is there for it. People will want to see it. It will never be “put back in the bottle” again. So what are your thoughts? 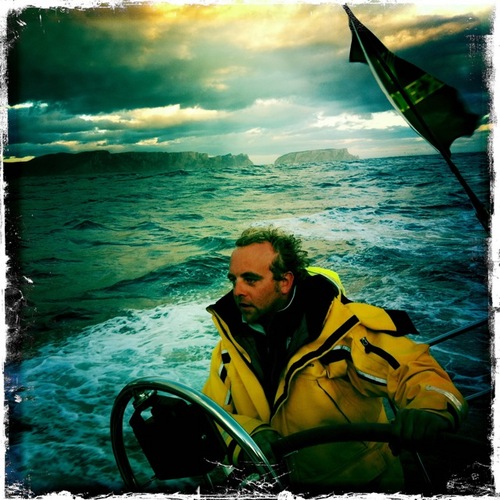 Andy: Well, the one thing about the America’s Cup is that it will hard to put these”genies” back in the bottle.

It will be hard to go back to monohulls now for some time, you won’t stop at facing the audience (or stop having spectators at the venue). All of this will continue to be developed. The TV was a huge success. All the things …the World Series events that developed around, San Francisco, Newport and Venice (the pre America’s Cup events/activities) were all good and I think they will want to continue all of the good things and refine the things that didn’t work so well, and try to make them even better.

One of the big debates right now is about nationality. I think this is really interesting. With the American audience, they would have preferred to been routing for people that came from their own country…or at least a few American’s on board, not just one. That brings up a lot of interesting debate about the history about the America’s Cup and if that is possible for the smaller teams so they can put together teams, like the Koreans, the Swedes that don’t have a huge amount of America’s Cup experience.

Terry: Russell Coutts was talking about maybe reducing the size of the boat and making it more affordable and doing a little more one design criteria just to make it open to more teams.

Andy: Yeah, the word affordable and the America’s Cup are not great bedfellows. It’s a bit like Formula One Racing; It’s a constant struggle to keep costs down when you have big sponsors and big backers involved in this event. I think that is something that will never stop being a flag to wave about the “Cup”. To keep it from being at the leading edge to technology, you also have to hold onto potential costs. So, I think it is a good thing, and I think it is inevitable that it will an ongoing thing.

Terry: Great! So any final or wrap up things you want to mention or talk about? 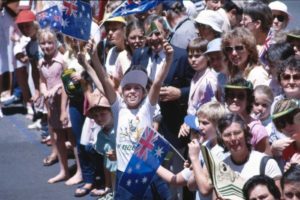 Andy: I think the nicest thing about this past “Cup” is that by dreaming big the end result was a great success. And just seeing how many kids were inspired by seeing these incredible looking boats dancing on the water, I think will leave a good legacy to kids of a certain age who were watching it and were excited by it. They won’t have to go out and sell foils cats. It gives them something to aspire to. I think it was more exciting than what we have seen in the past. This has got to be good for the sport.

Terry: Absolutely. They (the kids) will at least want to get a boat and try it out.

Terry: Thank you for your time!

Read Part I about Andy’s Take On “Why Oracle Won”

What Made Oracle Win America’s Cup 2013 With Andy Green

What Sailing and the Water Means to Some Teens