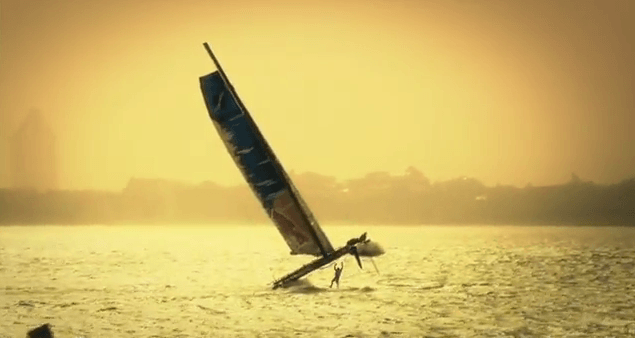 Act 2 of the 2012 Extreme Sailing Series™ heads to the famous “City of Sailing” Qingdao, China. The race will begin on Tuesday April 18-20, 2012. 9 world class teams will kick off the race, including the debut of the China team. The veteran Swiss Alinghi ship will take the stage as Pierre-Yves Jorand from Switzerland will be taking over as skipper from Ernesto Bertarelli.

Should be an exciting race and things will get heated on the water. Just take a look at this promo video we found and you’ll see what we mean. Live coverage will begin streaming on April 18th. Times TBA.

Rail in the Water-Picture of the Week